Fitzgerald Trait Plasma is a lyophilized human plasma immuno-adsorbed in high molecular weight kininogen (HMW-kininogen) with a coagulant activity <1% for the kininogen. 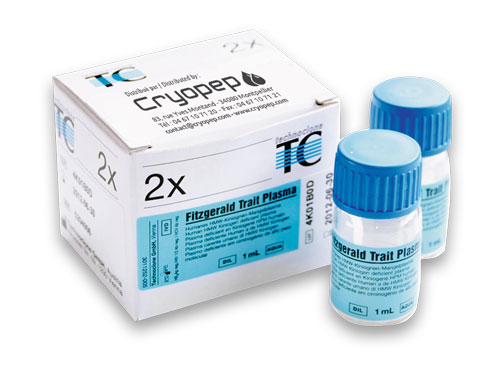 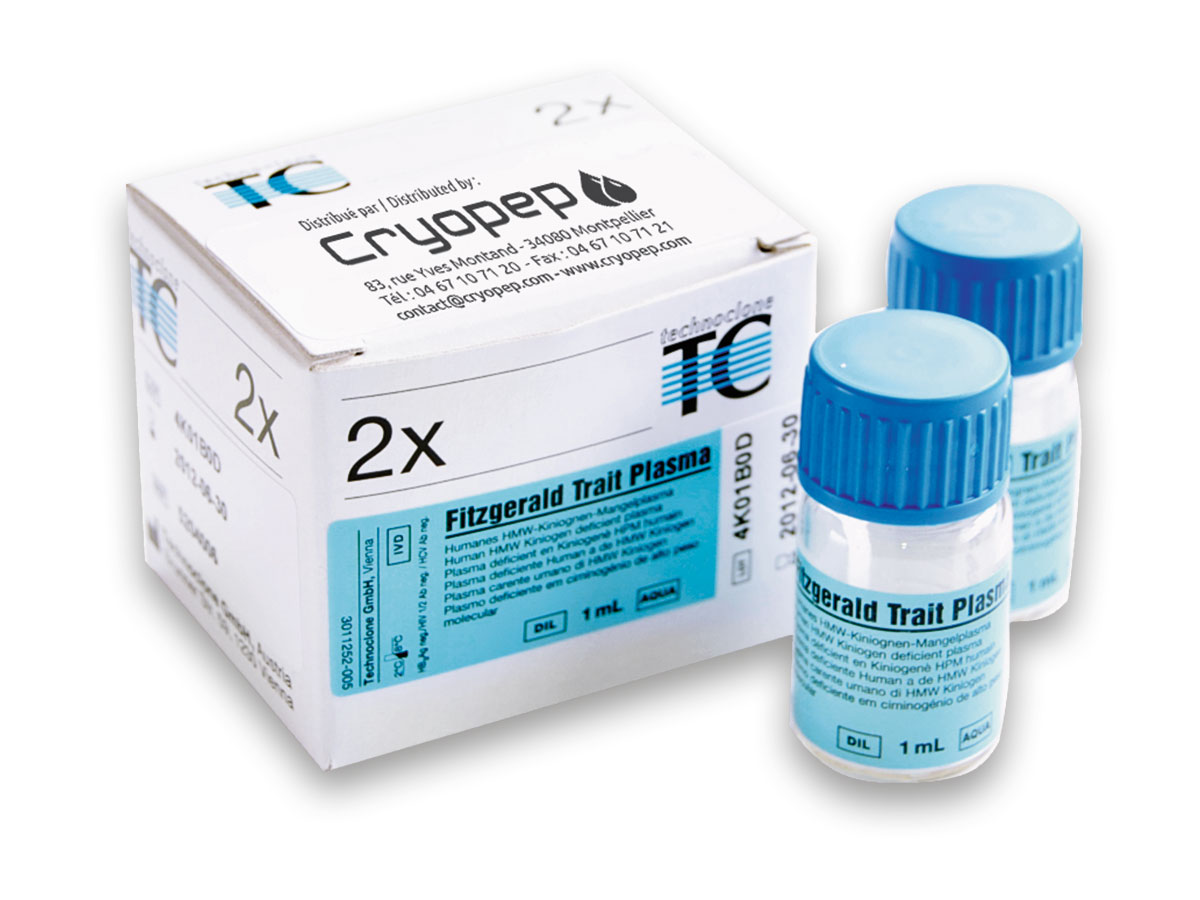