Box for the assay of the Thrombin Generation Test (TGT).

The Technothrombin® TGA kit allows the determination of the thrombin generation test (TGT) in platelet-poor plasma (PPP) or platelet-rich plasma (PRP) through the activation of coagulation by providing negatively charged phospholipids, different concentrations of tissue factor and calcium chloride. 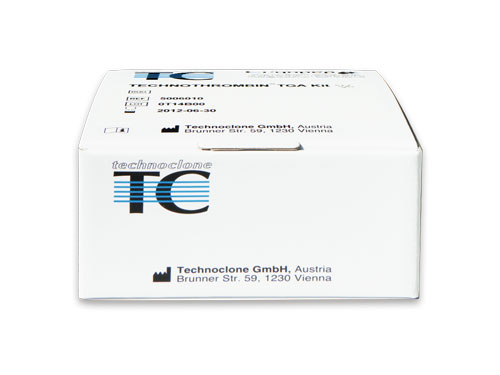 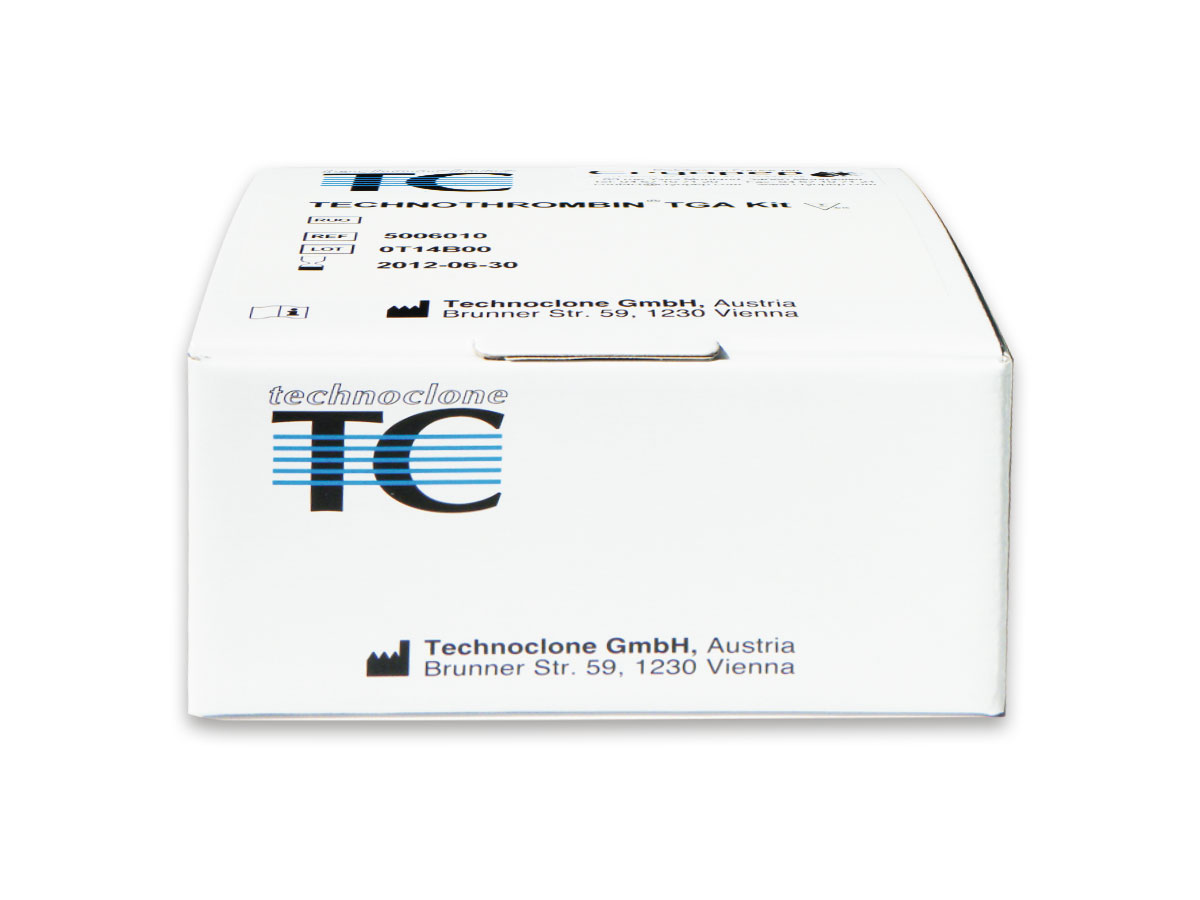 Thrombin Generation Time (TGT) is an overall hemostasis test that measures the time and amount of thrombin generated in platelet rich or poor plasma.

This test covers 4 important parameters which makes it possible to estimate the potential of an individual to generate thrombin and can individualize hyper or hypo-coagulable phenotypes. This test is also used to monitor conventional treatments for hemophilia and when using bypass therapy which is necessary when inhibitors develop in patients.

The method is based on the cleavage of a fluorogenic substrate in real time by thrombin according to different concentrations of phospholipids and FT.

The concentration of thrombin (nM) in plasma can thus be calculated using a calibration curve. The different phases of TGT formation can thus be visualized. The Technothrombin® TGA kit can be used to monitor the entire hemostatic system. Many additional reagents can be purchased in addition. (Specialized hemostasis) 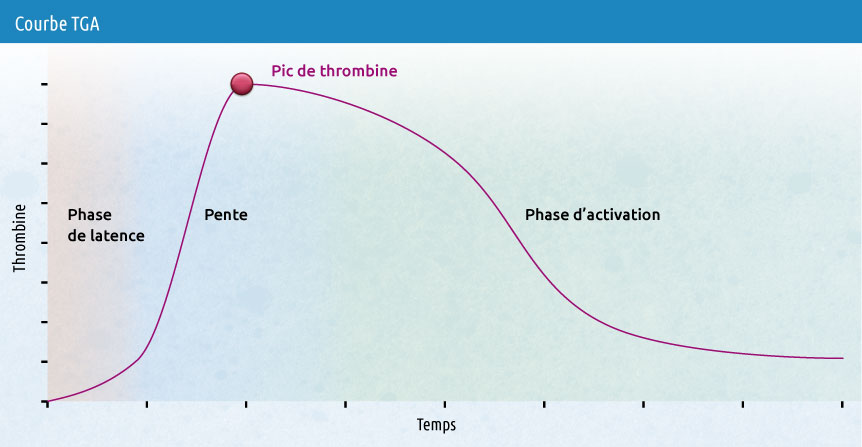 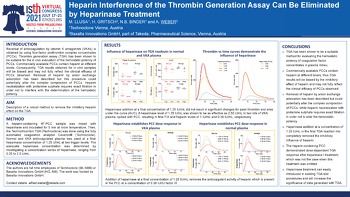