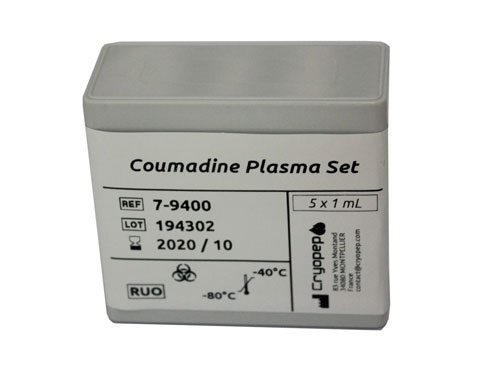 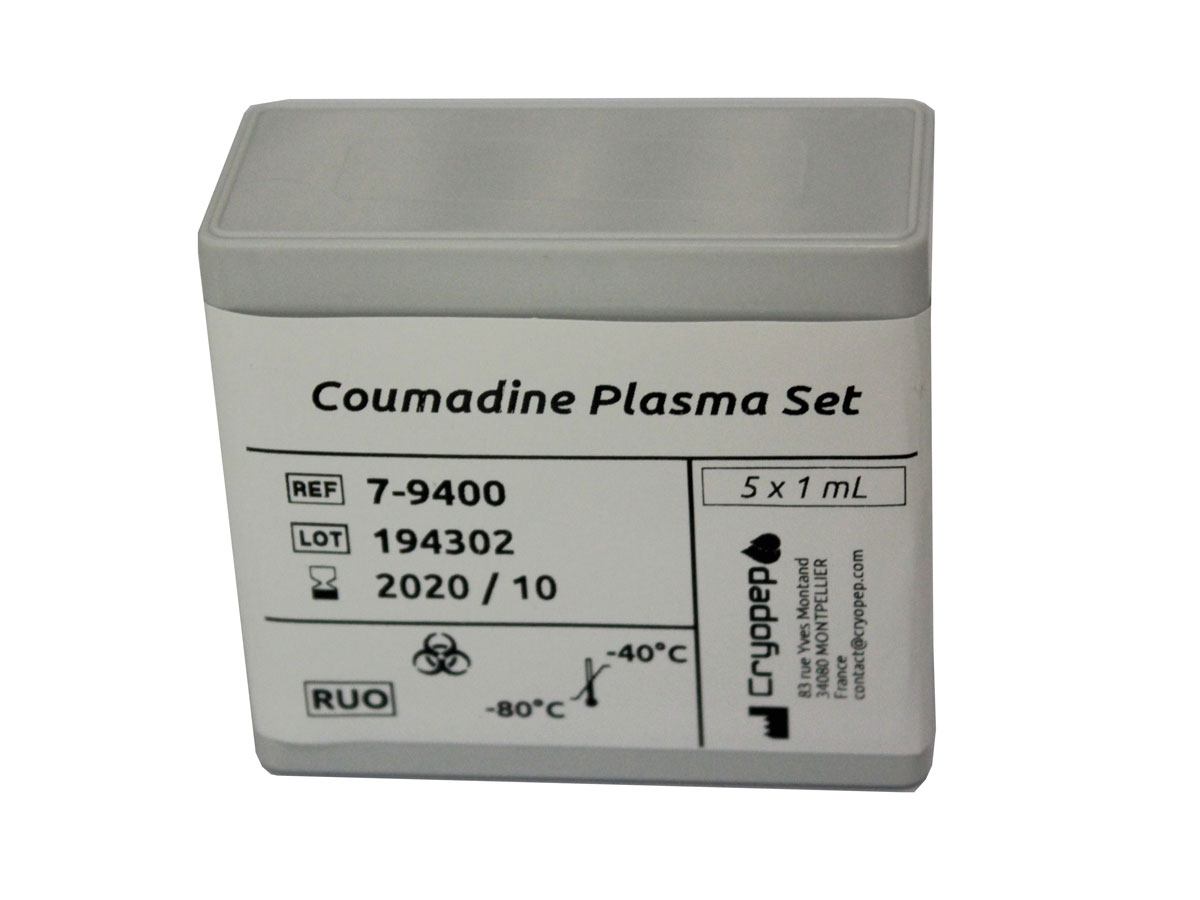 - The INRs (International Normalized Ratio) are determined with recombinant thromboplastins.
- INR rates vary between 2 and 7.
- The plasmas are untreated, not depleted.
- Defrost 4 min at 37 ° C

This plasma is recommended as a control for the prothrombin (PT) level assay method requiring the use of plasma from patients on coumadin treatment. 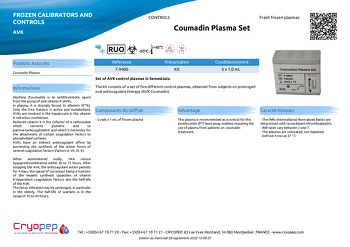