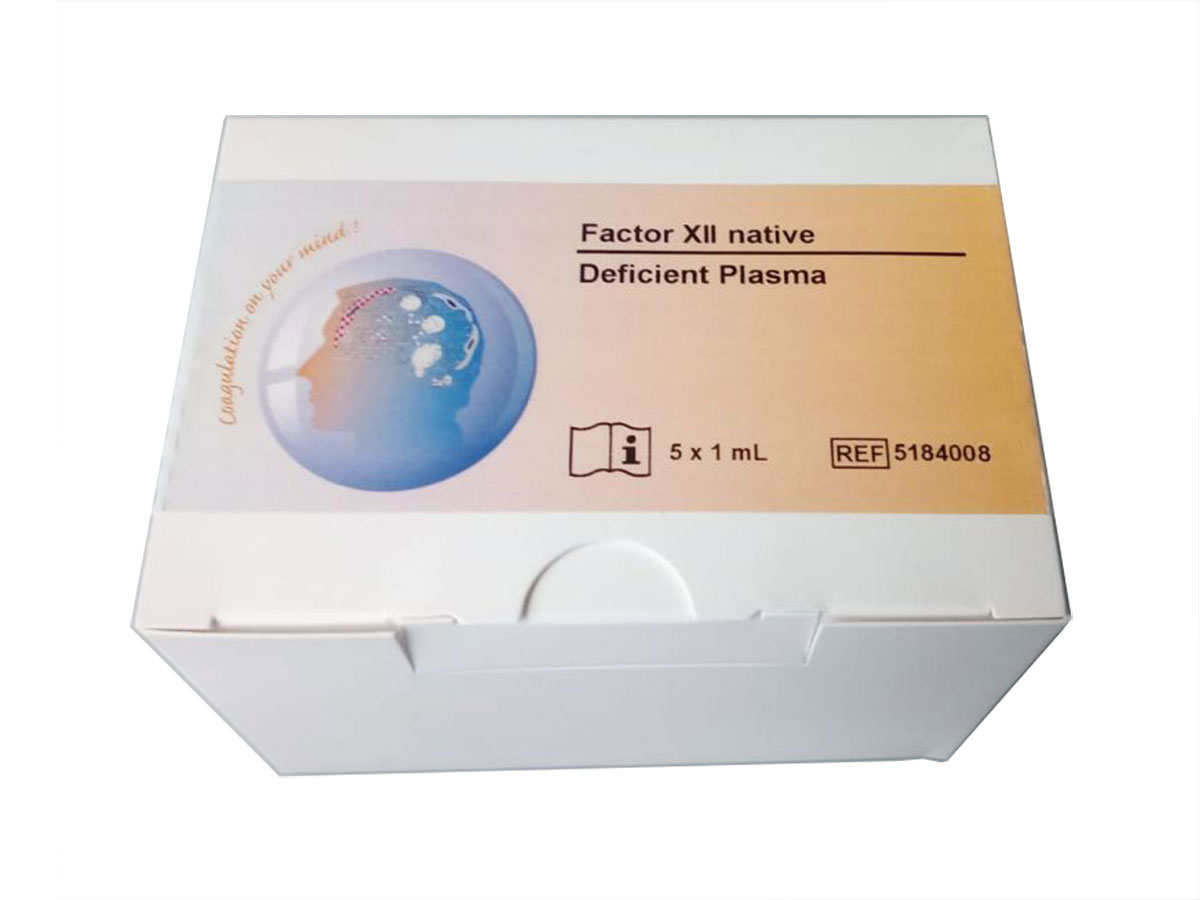 - Deficient human plasma, stabilized and lyophilized with an activity <3% of the corresponding coagulation factor.
- All other coagulation factors have normal values.
- Plasma deficient in native FXII is used for the determination of FXII by a one-step method based on Activated Cephalin Time (TCA). 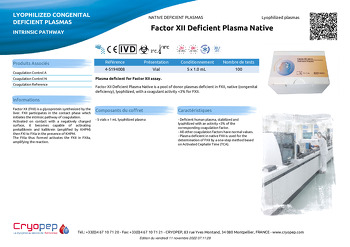