This kit for research use must not be used for the diagnosis or monitoring of patient treatment. 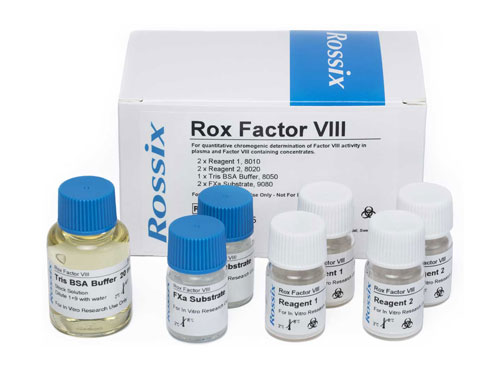 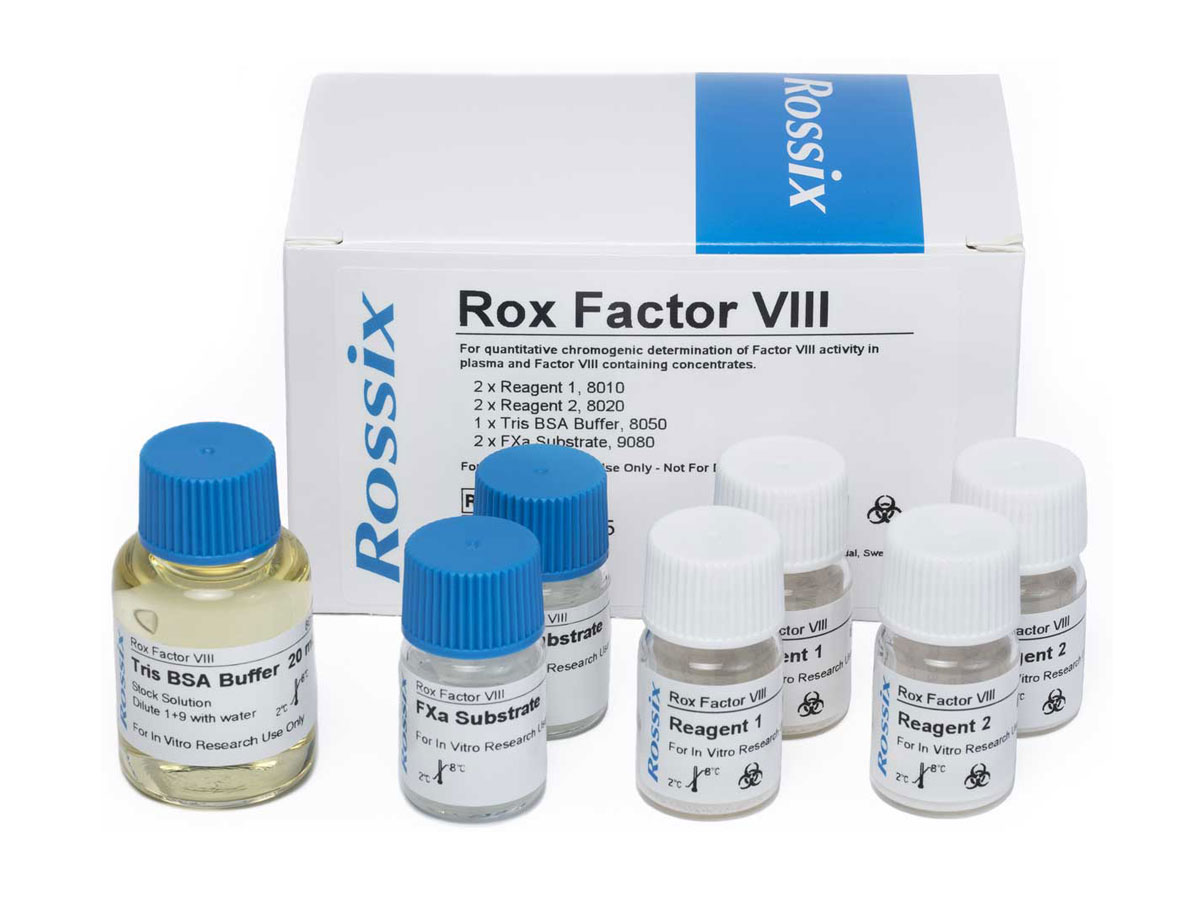 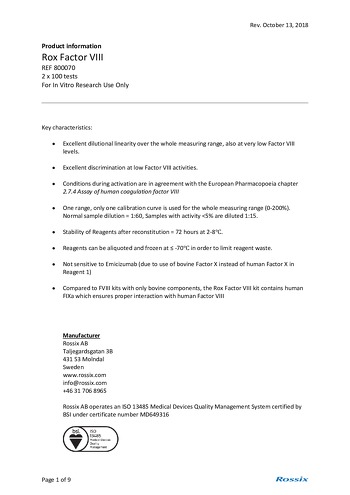 Factor VIII is a glycoprotein mainly synthesized by the liver.
It circulates in the plasma as bound to vWF which protects it from rapid proteolytic degradation.
It is activated by FXa or thrombin in FVIIIa which will complex with FIXa in the presence of phospholipids to activate FX in FXa.
A patient who is deficient in FVIII has hemophilia A.

In the presence of Ca2 + and phospholipids, FX is activated to FXa by FIXa. This reaction is strongly stimulated by FVIII after activation to FVIIIa by thrombin.
Using optimal concentrations of Ca2 +, phospholipids, and excess FIXa, FX, and thrombin, the rate of FX activation is directly related to the amount of FVIII in the sample.
FXa hydrolyzes the chromogenic substrate, thus releasing the pNA chromophore group.
The intensity of the color is proportional to the FVIII activity in the sample. 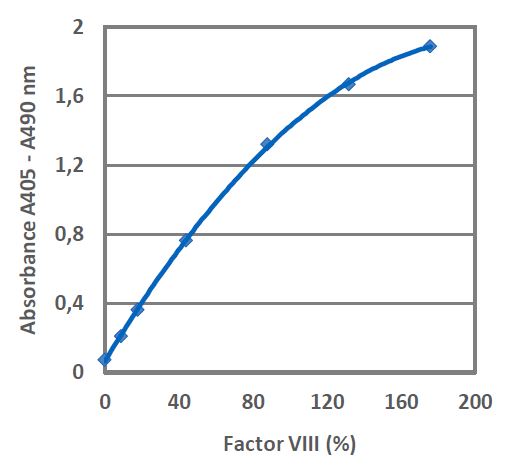 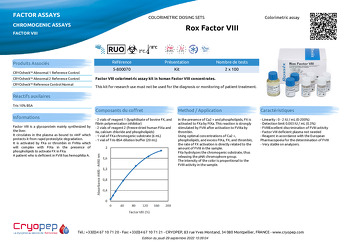