Specific synthetic chromogenic substrate for the measurement of plasma kallilrein activity.
The chromogenic peptides are also used in quality control of pharmaceutical and other preparations.
We can supply further packaging on request. 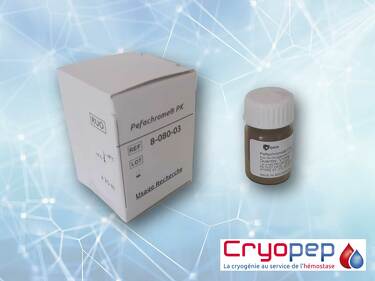 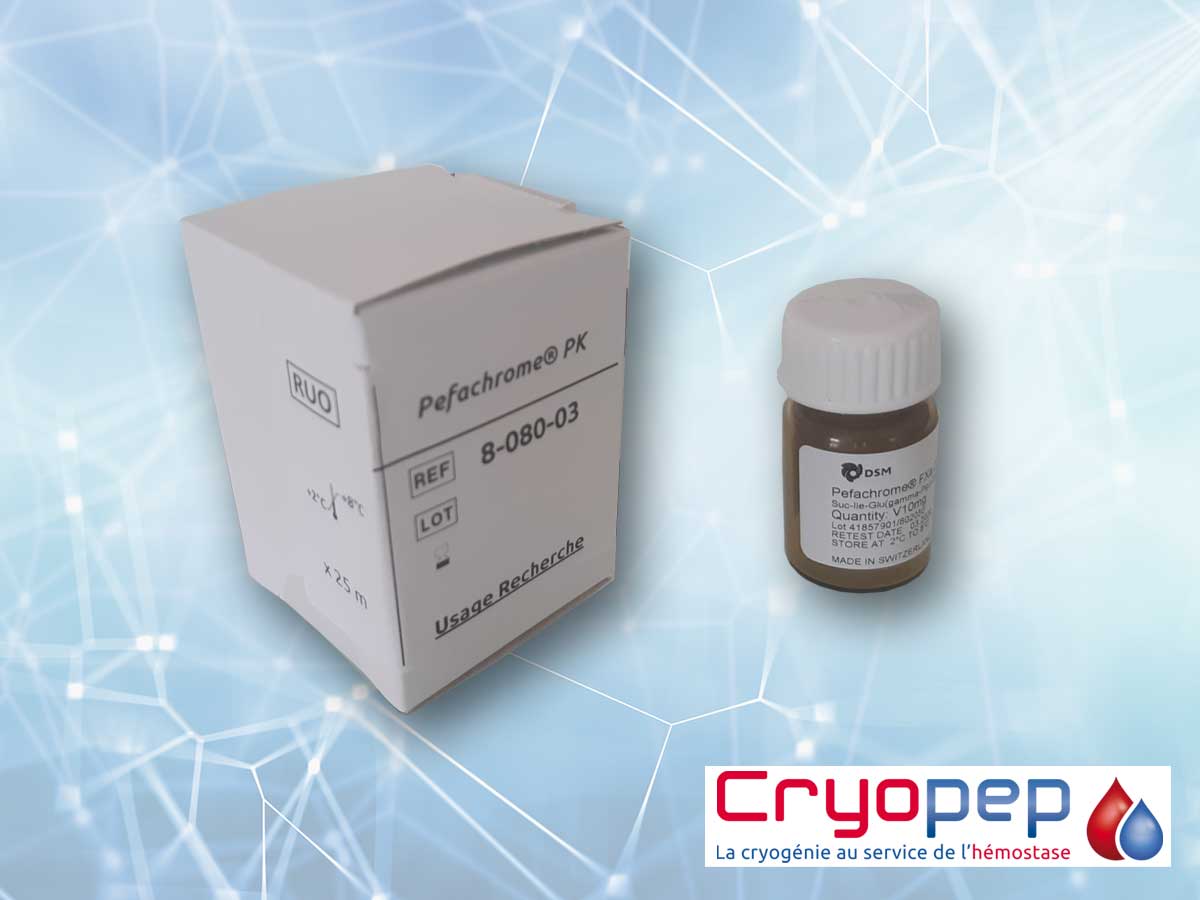 The line of chromogenic peptide substrates is a range of high quality substrates, which allow to test protease serines.
They target enzymes involved in coagulation and fibrinolysis such as thrombin, Factor Xa, Factor XIIa, kallicrein, activated C protein, plasmin and plasminogen-SK.
These are synthetic peptides that react with proteolytic enzymes by releasing a colour that can be followed by spectrophotometry and whose intensity is proportional to the proteolytic activity of the enzyme.

Typically, such chromogenic substrates are composed of 3 to 5 natural or artificial amino acids.
Their structures can be protected in N-terminal to reduce undesirable degradation by aminopeptidases.
Their C-terminal ends are modified so that, during the cleavage of the amide bond, a chromogenic group is released.
The most commonly used group is p-nitroaniline (pNA), which absorbs light at a wavelength of 405 nm.