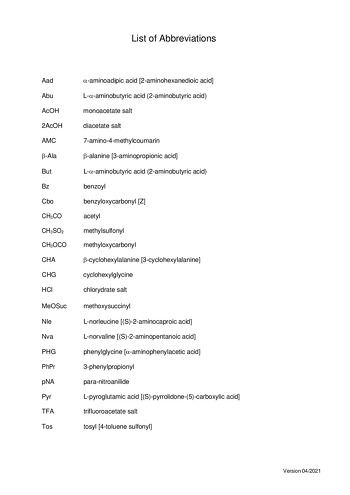 Fluorogenic substrates are synthetic peptides that react with proteolytic enzymes by releasing a colour that can be followed by spectrophotometry and whose intensity is proportional to the proteolytic activity of the enzyme.
Typically, such substrates are composed of 3 to 5 natural or artificial amino acids.
Their structures can be protected in N-terminal to reduce undesirable degradation by aminopeptidases.
Their C-terminal ends are modified so that, when the amide bond is cleaved, a fluorogen group is released.
The most commonly used group is 7-amino-4-methylcoumarin (AMC) with 342 nm wavelength excitation and 440 nm wavelength emission. 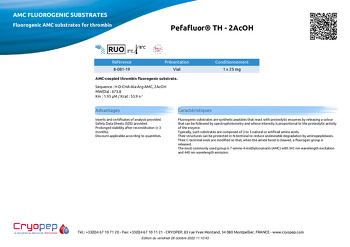